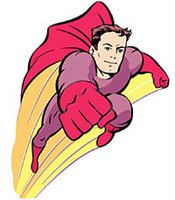 Doing role play is not easy because I find that it is very difficult for a lot of adolescent learners in Japan to adlib in English or play the role of someone else. A few weeks ago I tried to do a role play in an English class of 40 students I teach at the nursing school. The role play went well. I made pairs by matching students with high scores on a quiz I gave on vocabulary which was to be used in the role play with students who got low scores. Those students who scored in about the middle were matched with eachother. The thinking behind this was that the students who understood the chapter we were studying would help the students who were struggling.

Today, I tried a role play again but this time I paired the students randomly. Role play did not go well and some groups were absoluetly lost. I realized that in a class with students with a range of abilities and degree of motivation in English that random pairings for a challenging task might not be a good idea. Let the learners teach each other, don't try to be a superhero.
Posted by JH at 11:36 PM